The butterflies are beginning to need counting up the Mendips!
Caroline Tetley and I and various others try to cover each week in the summer moths on a two hour walk up the Mendips counting and identifying these butterflies using a chart with pictures to help recognise each species
We started a fortnight ago and only saw three on each trip and these were peacocks and small tortoiseshell. However there will be many more very soon. It is a lovely thing to do  to take this idyllic  walk ;a little bit tough perhaps but very beautiful.
If you would like to join us please answer to my email address

Wells Cathedral Oratorio Society will commemorate the end of the First World War with the cantata For an Unknown Soldier by Jonathan Dove and Gabriel Fauré's Requiem on Saturday 10th November.

The choir will be accompanied by the London Mozart Players, who are playing at the Cathedral for the first time. Also performing in this special concert are the Choristers of Wells Cathedral Choir, Tenor Thomas Elwin and Bass Henry Waddington. The Conductor is Matthew Owens.

For an Unknown Soldier was commissioned by the Portsmouth Grammar School to mark the anniversary of the beginning of the war and the school gave the first performance in 2014 with the London Mozart Players.

Dove said: "Facing the enormity of the First World War, I thought it wise not to attempt to say too much. I wanted to tell the story of just one man, an unknown soldier, as vividly as possible."

The London Mozart Players comment: "'For an Unknown Soldier’ was totally gripping and moving and the music extraordinary. The chosen texts came at us from all angles: the soldiers and those left behind, young and old."

The composer, who will attend the performance, studied first-hand accounts of warfare then turned to the poetry of the time as concentrated text for his piece.

He explains: "From my reading, a sequence of poems gradually emerged which suggested to me one man's journey through the war: beginning with enthusiasm and the decision to enlist; going on to discover the reality of war."

A reviewer of the London Premiere in 2014 gave this description: "Dove’s music was by turns viscerally dramatic, shocking, and gently poignant."

The musical experience of this powerful, emotional work in Wells Cathedral's beautiful setting is one not to be missed at this special time of remembrance.

Jonathan Dove: For an Unknown Soldier 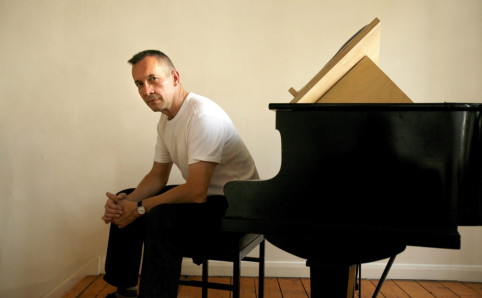 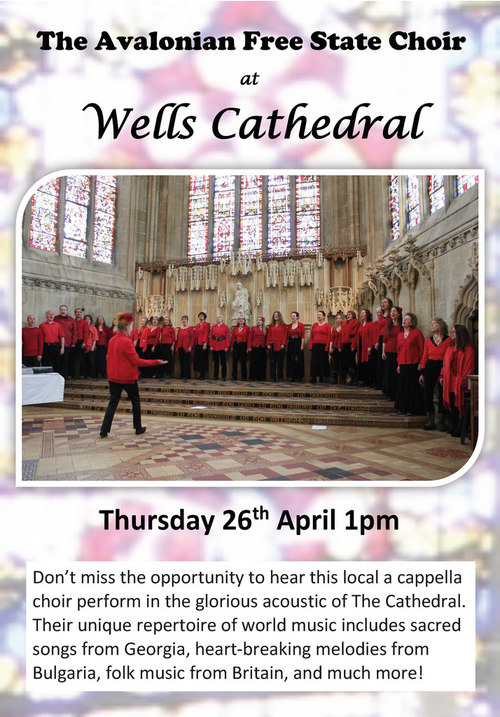 The centenary of the birth of Leonard Bernstein, composer and conductor, will be celebrated on Saturday 24th March with an exciting concert at Wells Cathedral. The Cathedral's Oratorio Society will mark the occasion by performing the full orchestral version of Bernstein's Chichester Psalms, with orchestra, solo quartet, boy treble, trumpets, trombone, timpani, percussion and strings. The conductor is Matthew Owens.

Two works by Aaron Copland, who Bernstein called his "only real composition teacher", are also in the evening's programme: Fanfare for the Common Man and Appalachian Spring, performed by Southern Sinfonia orchestra. Completing the American theme is Samuel Barber's Adagio for Strings.

The choir will also sing the Gloria by Sir John Rutter, Patron of the Oratorio Society. This work is often heard alongside the Chichester Psalms, and Bernstein lovers will find the final syncopated rhythm of this piece brings his music to mind.

Thank you to everyone who took part in the recent consultation either filling in questionnaires or attending the workshop earlier this month. It was evident that a  lot of thought had been put into your ideas and suggestions.   A finalized overall plan is being worked on to incorporate the ideas that will be workable for future use by all.  There was a lot of consensus about certain things to be included eg woodland paths, places to sit and relax and meet people.