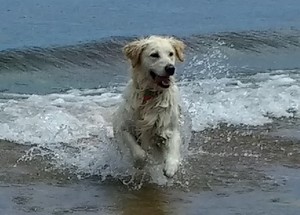 As Sue H said when she thanked Bob Musgrave for his talk on taking better photographs, we all learned something new at our November meeting, even those who have been keen photographers for years. Not the technical things about equipment that used to be a time consuming problem, digital cameras and phones make that easy. The best photos result from taking a bit of trouble setting up the shot to be appealing to the eye.

Bob told us that he has taken inspiration from the way the Dutch Master painters composed their pictures. One of the things that hadn’t occurred to us was that the most interesting pictures read from left to right, just as we have learned to read print. And it’s a good idea to have your point of interest slightly to the right of centre. He demonstrated this by showing one of his slides reversed, and we could see for ourselves what a difference it made.

He advocated that we might exercise patience in order to take the picture we wanted, not easy in a popular tourist honey pot. It pays to wait for people and cars to move away to give a clear shot at the scene you love. On the other hand, with fleeting opportunities it’s best to just take it and hope, indeed take as many shots as you can, from as many slightly different viewpoints as possible, with digital it’s then easy to choose the best of the bunch.

Bob also demonstrated the use of the zoom, with a series of shots of Glastonbury Tor getting progressively closer, cutting out the foreground to isolate it in all its splendour. The Tor was also the centre of a beautiful study of a rainbow, a combination of being prepared to be in the right place, and seizing the moment.

We presented Bob with a spread of action photos to judge in our competition, and he had no hesitation in awarding first place to Jill’s capture of her dog Mia’s joyful frolic in the waves. It filled the criteria of filling the frame with the subject, dog and sea, without distractions.