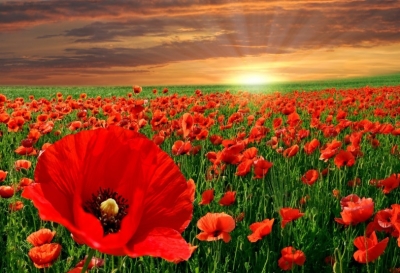 I’d like to say a little bit about three of the young men whose names we remembered this morning at the War Memorial and who were killed in action in 1916.  They were the first men from the village to die in the 1st War and their sacrifice was commemorated in this Church with the dedication in April 1917 of a now rather overlooked memorial plaque at the back of the Church.

The three young men were Harry Rose, Douglas Rose and Sidney Smith who you may be surprised to know didn’t die in the mud of the Somme, but the dust of Mesopotamia on the banks of the Tigris in what is now Iraq.

They were all in the 4th Division of the 1st Battalion, Somerset Light Infantry, they must have joined up early on as they sailed from Southampton on 9th October 1914 landing in Bombay a month later, (as reported to the Old Scholar Association by Fred Lambert, who survived the war)

They stayed in India for over a year until sent to Mesopotamia arriving in Basra on 23rd February 1916 as part of a force to try and relive the garrison of 8,000 men at Kut-al-Amara commanded by Major-General Townshend.

Kut-al-Amara is about 100 miles south of Bagdad, the final relief attempt with 30,000 troops started on April 5th 1916 and though had some early success failed to break through in the final battle on 22nd April and the garrison surrendered on April 29th.  Both Harry and Douglas died on the same day April 17th 1916, Sydney Smith died of his wounds a month later on May 17th he was 19.  I am fairly sure they died in the battle for Biet Aiessa about 10 miles East of Kut-al-Amera.

Harry Rose was a papermaker who had grown up in Coombe Brook with his parents, John and Eliza, and Sister Winifred.  His father John was also a papermaker and Winifred was a School Teacher.  He had married in July 1912 and had a son Martin Henry. He was 29 when he died.

Douglas Rose was also a papermaker at WH and lived on Milton Lane, with his parents Arthur and Eliza, 3 sisters and 2 brothers.  Douglas was the eldest and he was 21and unmarried when he died.

Their fathers John and Arthur were brothers growing up in Milton Lane.  Papermaking was obviously the family vocation as their father also an Arthur was also a papermaker.  Harry and Douglas were therefore cousins.

Sydney Smith was born in Maidstone, Kent and moved to Wookey Hole when he was three he was an apprentice at the Mill, secretary of the Old Scholar Association and assistant scoutmaster.

In the service of dedication of the memorial plaque I mentioned earlier which was intended for the names of all those who fell in the war having gone direct from the village.  The Vicar preached on a passage from the book of Revelations, which might give us some insight in to how the village felt as the war dragged on.

‘These are they who have come out of the great tribulation; they have washed their robes and made them white in the blood of the Lamb.’

The Meaning of 'Wookey Hole'